(CNN)He designed a machine that makes water from the air. Now, after Hurricane Dorian, he’s trying to bring it to the Bahamas.

Moses West, of San Antonio, Texas, has brought water to Flint, Michigan, and Puerto Rico — all through his Atmospheric Water Generation machines, which extract moisture from the atmosphere and turn it into water.

The science behind it is similar to what many learned in elementary school. It’s really just condensation — the same thing that creates moisture when you breathe on a window, for example.

It’s just done on a much, much larger scale. 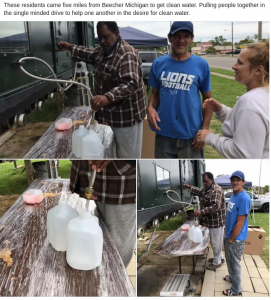 And, if all goes well, he’ll be bringing it to the Bahamas, where tens of thousands were left homeless after Hurricane Dorian, leaving some islands with no power or running water. West and his Water Rescue Foundation could help.
“This is a long-term recovery for the people there, and one of the stresses that they do not need to have is a lack of clean water,” West told CNN affiliate KXAN.
The warmer the air outside, the better his machine works. That’s one reason why he thinks the Bahamas would be ideal for his generators, he told KXAN. 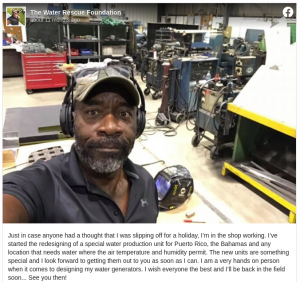 One issue is that West currently can’t afford to leave his generators where they are permanently, so going to the Bahamas means leaving Flint. Still, he said he is planning on taking the machine to the Bahamas by the end of September, if he’s able to raise enough money.

Made with ❤ with Elementor​